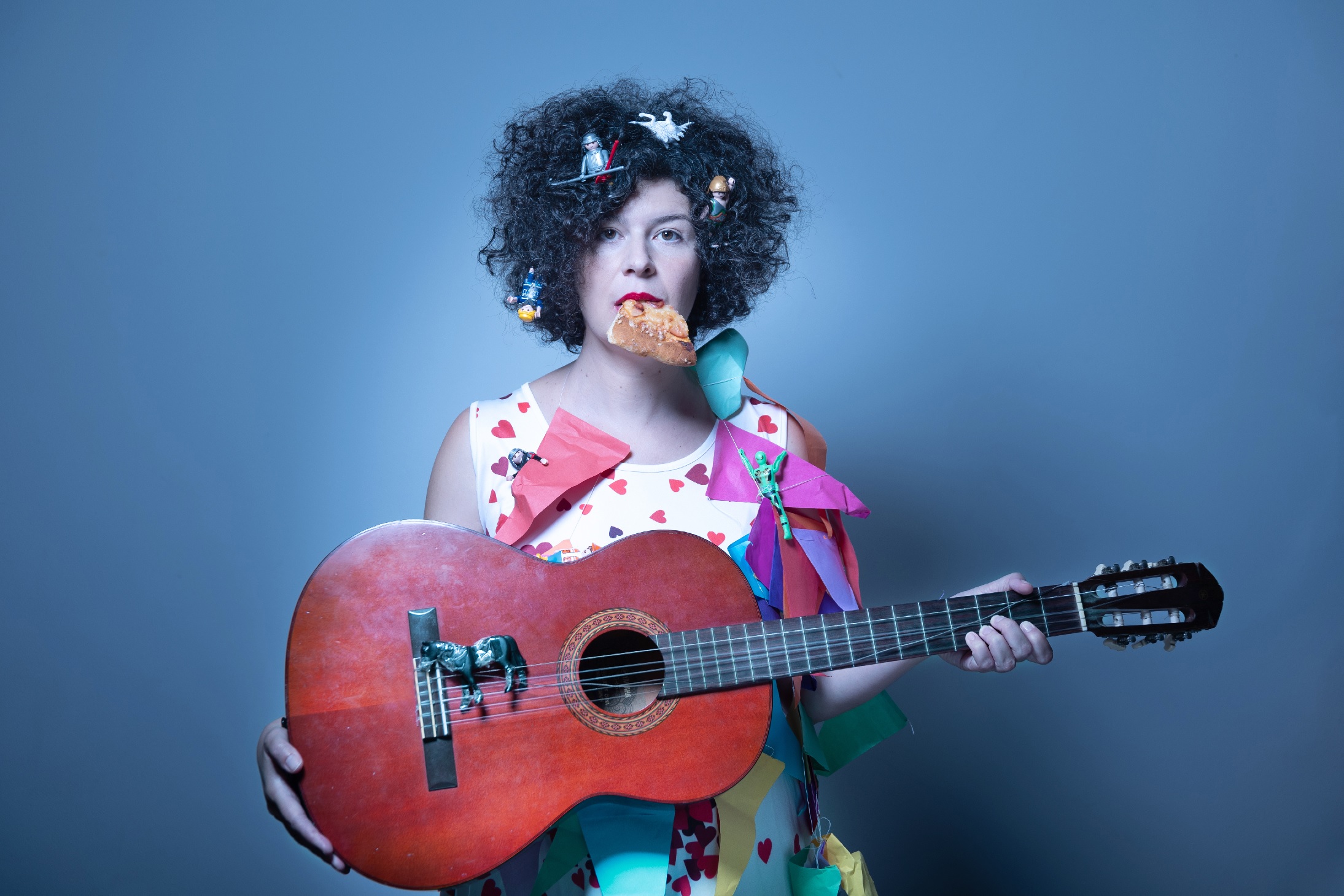 “It’s a huge load of logistics that a mum has on her head! To take a break from what I’m living, I’m going to the grocery store, my friend…”

“Basically you fall into the sea and swim. And there’s a storm.”

A young mother finds that, despite social pressure and constant encouragement, she is called upon to respond alone to an arduous and intensive task. Is she the only one who experiences it this way? Is she a bad mother?

The performance explores, narrates and deconstructs the experiences of motherhood and fatherhood. It gradually illuminates the gender roles that persist today. It seeks to pick up the thread of violence against women from the beginning.

Between stand-up comedy, documentary and musical performance, “Agoromana” finds a voice by listening to and conveying the voices and desires of many other women.

“Well, I’m never having a baby with a man again.”

*The performance is in the greek language.