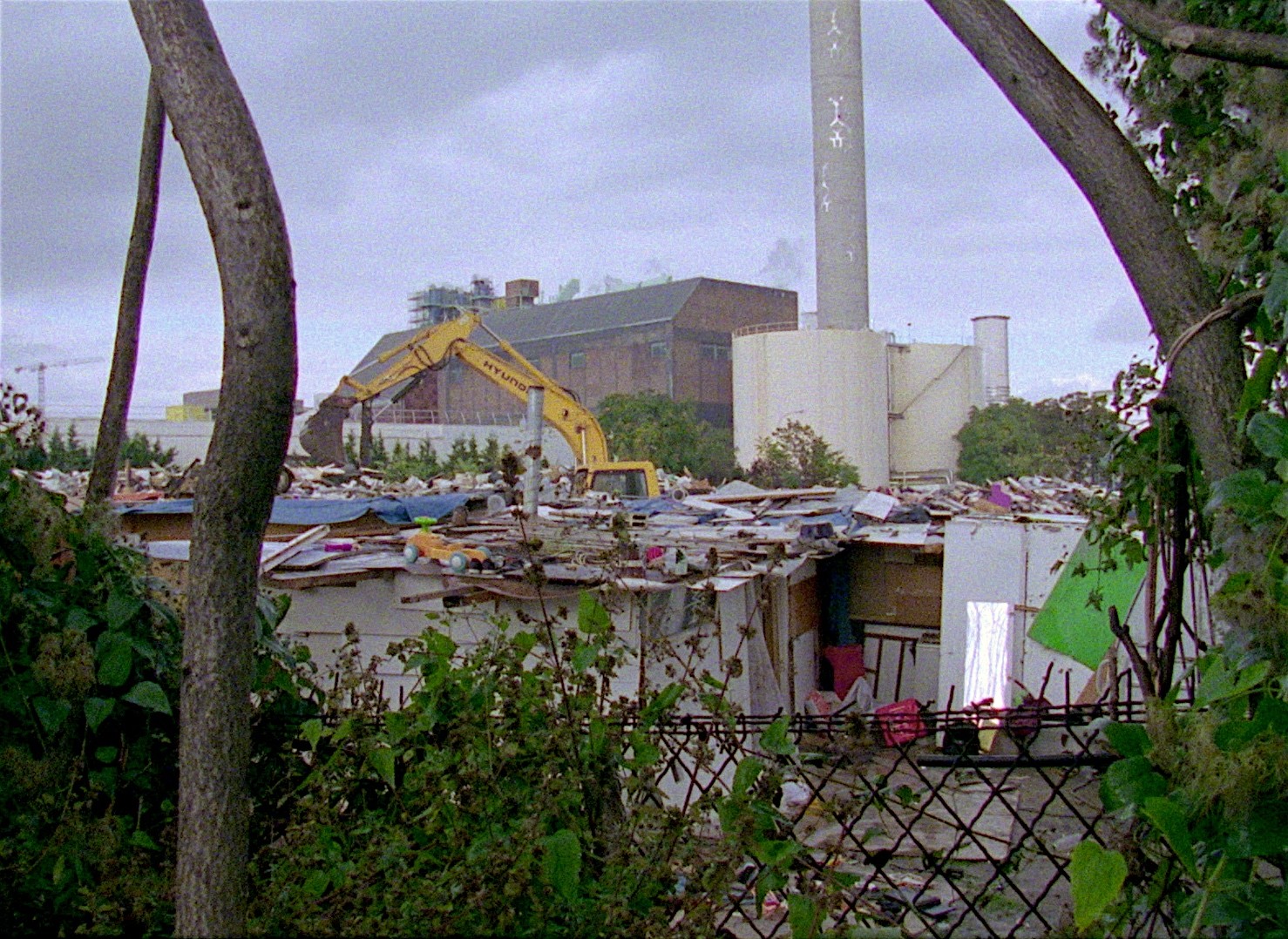 The 2nd Balkan Can Kino Film Symposium will take place in Athens, from Friday 4 October until Saturday 12 October 2019, in different venues. The theme of this year’s Symposium is: Localities.

On Monday, October 7th, the section “Chasing Houses” will be presented at KET. In this section, Balkan Can Kino presents the problem of housing on two different continents, through different prisms and stories. Two films will be screened, Chasing Houses (Germany, USA, 2017) and Taking Place (France, Romania, 2018). Screenings of the two films will be followed by a panel discussion on drastic changes in metropolitan centers, the ever-increasing need for housing, the expansion of airbnb in Athens, co-housing projects, etc.

The program for the 7th of October:

The experimental road movie enters the contradictory space between home and mobility. Through the vastness of the US American West, Chasing Houses follows mobile homes on their journey from tear down to set up. A multitude of lifestyles and economic disparities unfolds in the fragmented encounters along the road: A real estate agent recounts her days as a Las Vegas showgirl, a haulier and Tea Party supporter explains capitalism, a desert recluse prefers his trailer to life in the city, and snowbird tourists take an extended vacation. Against the movie-like backdrop of Monument Valley, a Native American couple describes real-life conditions on the reservation. Chasing Houses makes palpable the charged relationships between hopes and dead-end prospects, and opens up questions of home, belonging, and the actuality of the American Dream.

At the outskirts of Paris, in a rapidly-changing suburb, a group of Romanian families are searching for a place to live. From their abandoned village, to the demolished slum and occupied houses, their quest weaves togethers a common history, forged through solidarity and marked by displacement. Accompanying them on their journey, we build this film as an alternative habitable space.

Co-Hab Athens (https://cohabathens.com) is an open group, an exchange platform for urban researchers, activists and anyone interested in claiming housing as a right and exploring alternative housing models through self-management and collective ownership. It was created as a research group in 2016, driven by the need of its members not only to understand and describe the crisis and the developments in the housing sector which has been taking place in Greece the past few years, but also to seek effective antidotes to it. Drawing inspiration from successful cooperative housing models that have been implemented abroad, Co-Hab Athens is holding an ongoing participatory design workshop since November 2017 in order to diagnose local needs related to housing, as well as to explore the possibilities for the creation of the first project of cooperative housing/collective ownership in Athens. Aiming to the decommodification of urban land and active manifestation of the right to the city we seek and promote synergies with existing paradigms that have successfully been implemented and with similarly oriented ongoing projects.