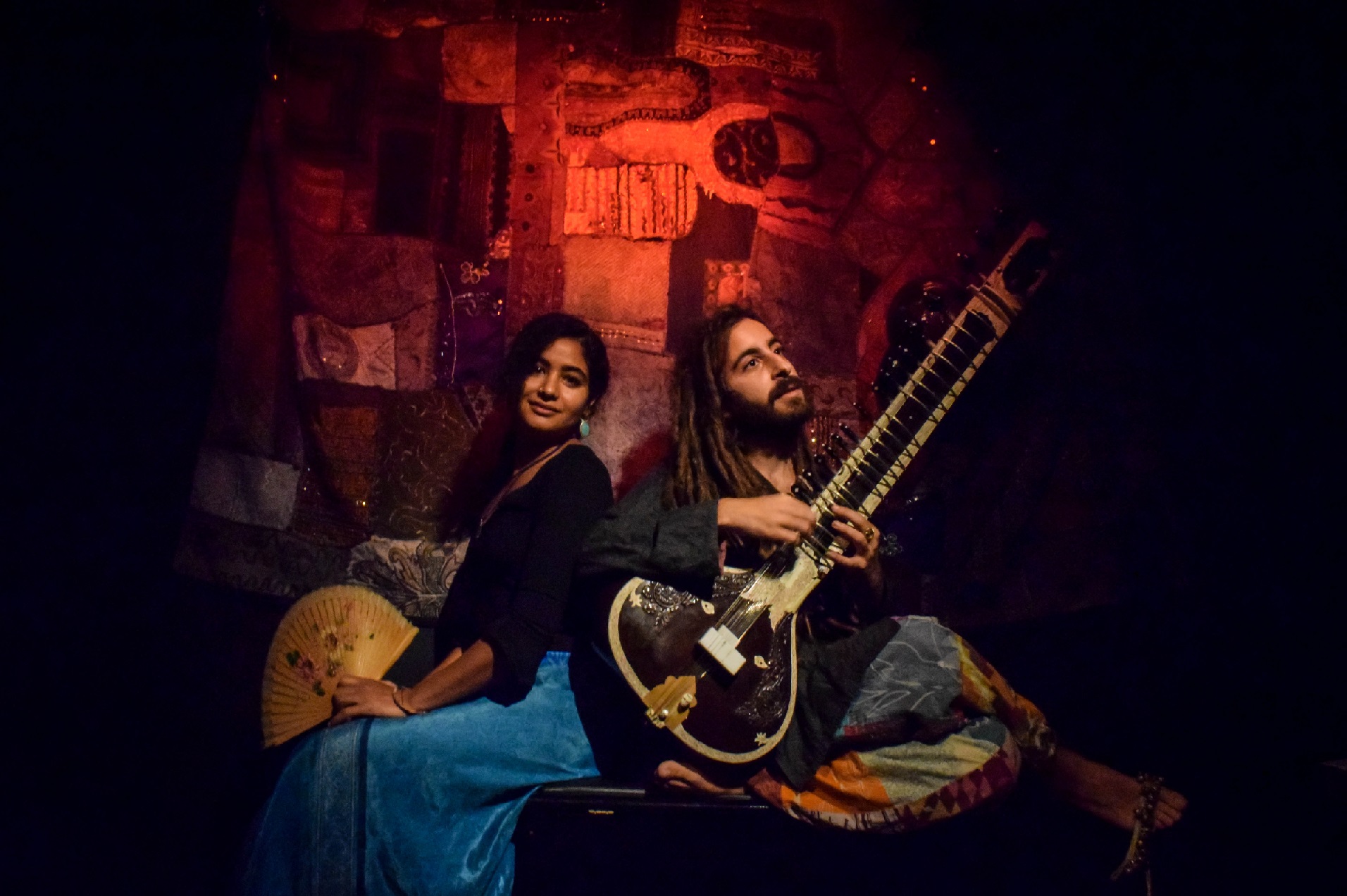 Iasonas Psarakis visits KET for a unique concert with Sitar and Esraj, just before returning to India. Along with Iasonas, a dancer, Basma Kamal, will perform a mystical shadow dance.

A musical performance with sounds that will take you far and wide across time and distance. A musical journey to India. Each raga symbolizes and invokes the elements of nature, capturing emotions, sensations, images. An invisible painting of ether. A story of sound, vibrations, phrases and colors, where our imagination can create the reality that we long for and deserve.

Basma Kamal is an Egyptian-American dancer, based in Greece. She has studied from her childhood, Egyptian folk dance and in 2008 she studied flamenco dance in Seville-Spain. She is also yoga alliance certified Hatha Yoga and mindfulness meditation teacher. She studied in India and continued practicing and teaching yoga in Washington state U.S. and currently in Greece. She focuses on Mindful Heart opening and expression though yoga asana and she is the founder of Heart Dance Yoga Flow.