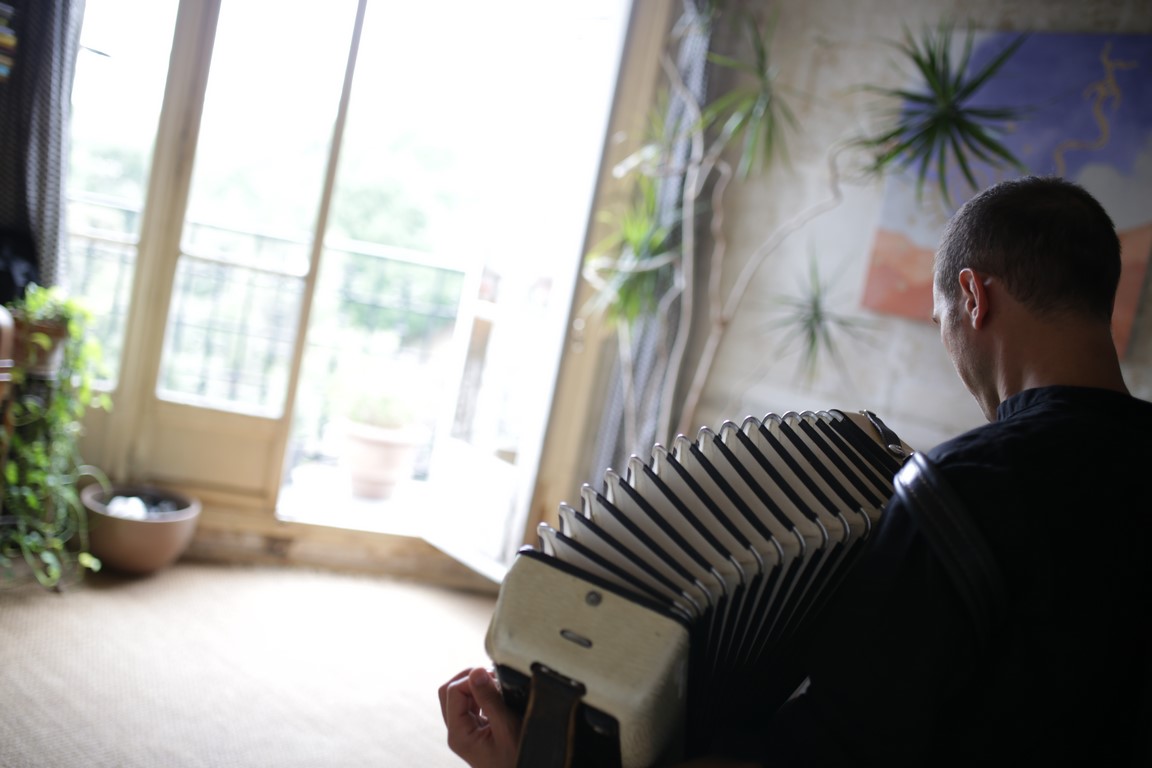 The workshop focuses on the vocal and rhythmic teaching of Latin American traditional music and is divided into three parts:

2. Rhythmic and melodic improvisation: participants learn a text or improvise with it, play with the speech, with the dynamics of the voice, with sounds and rhythms, either individually or in small groups.

3. The third part is dedicated to the Latin American repertoire: exercises are carried out to understand the rhythm, the songs, the lyrics, the meaning of the text, the correct pronunciation of the Spanish dialect and the positioning of the voice in relation to the style of each song. The exercises are done polyphonically so that two or even three voices sound harmoniously at the same time.

*The workshop is aimed at musicians, singers, actors and dancers.

*On the evening of Friday, April 29th, Pablo will give a concert at KET with three other musicians from Argentina and Greece (polychorosket.gr/en/events/pablo-contestabile-cuarteto22).

Pablo Contestabile began his theatrical studies in Argentina with Guillermo Angelelli (a student of Eugenio Barba). He continued his training in France with Jos Houben, Paola Rizza, Norman Taylor, Carlo Boso, Tapa Sudana and Mas Soegeng. Alongside his theatrical studies, he studied singing in Argentina with Guillermo Angelelli, Marian Fosati and Carmen Baliero, and then in France with Gérard Théruel and Géraldine Ross. He studied accordion with Julio Ermani and bombo legüero (Argentine traditional percussion instrument) with Carlos Rivero. As an actor/musician he took part in the latest artistic productions of the Théâtre Organic group: “Ils ne mouraient plus…” and “Music-Hall” by Jean-Luc Lagarce, “Le Monte Plats” by Harold Pinter and “Le Langage des Cravates” by Sophie Gazel. With the Awa group he travelled to France, Martinique and Haiti with the productions “La Trilogie des Muses”, “Césaire-Senghor et Damas” and “Patito et Maryan”. He is currently involved in Paula Giusti’s latest theatrical creation, “Le Pain Nu” by Mohamed Choukri. As a musician, he sang and played accordion in the Trio Belconte (polyphonic Latin American songs) and, with his own compositions, in the Rombeo quintet. For three years, he held workshops in Paris on traditional polyphonic Latin American singing and seminars on theatre, singing and rhythm in France, Spain and Argentina.