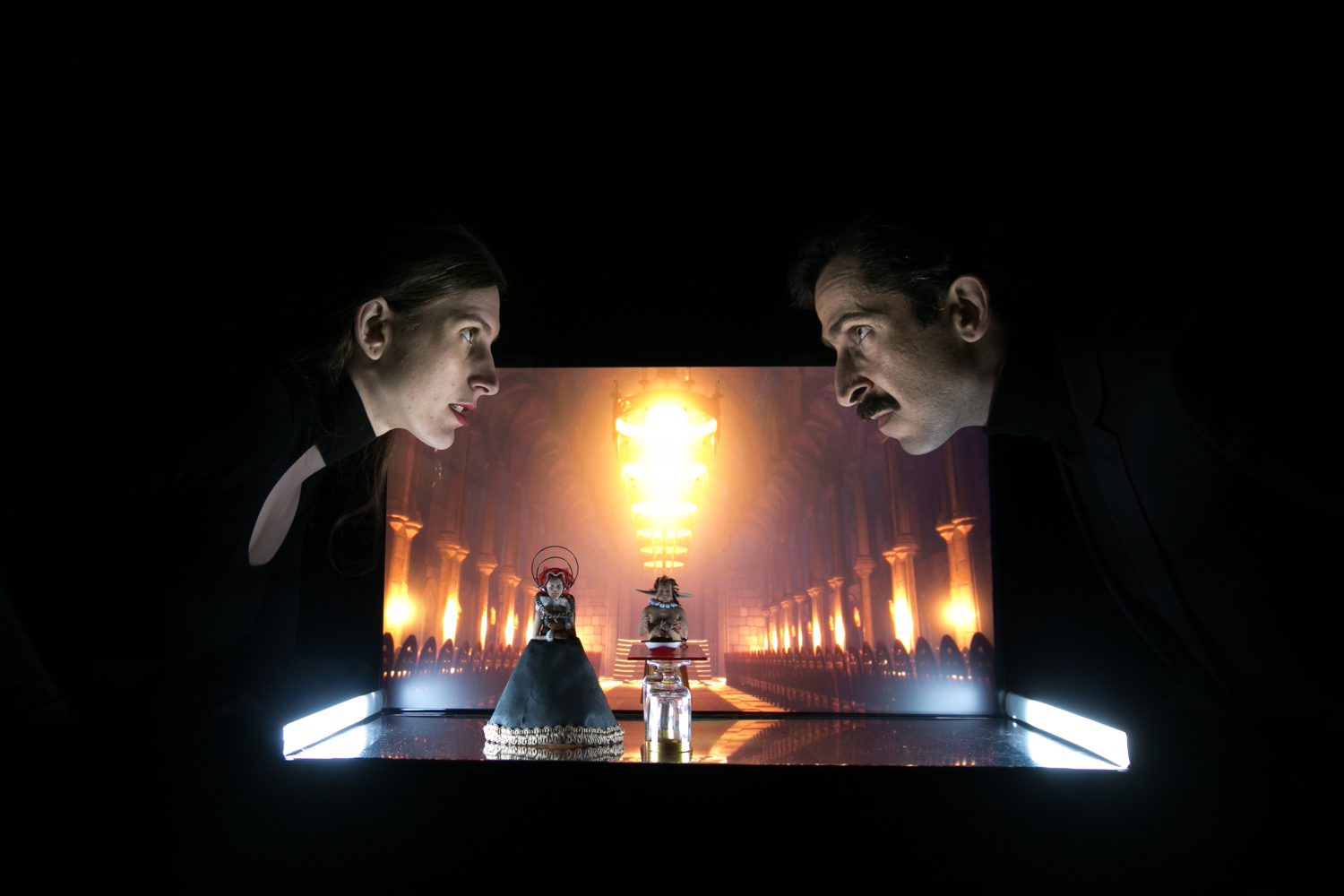 After its successful participation at the Festival d’Avignon, where it received excellent reviews from the audience and the critics, and just before its tour in France, The Little Girl in the Dark Forest by the award-winning French writer Philippe Minyana, returns to KET from the 21st of February, every Monday and Tuesday.

A few words about the play:

It is a free adaptation of the myth “Prokni and Philomela” from Ovid’s “Metamorphoses” presented by the Black Forest group, directed by Pantelis Dentakis, with the support of the French Institute.

The Young King rapes his wife’s little sister into a hut in the Dark Forrest. He cuts off her tongue and leaves her alone and helpless. He returns to the palace and, allegedly crushed, tells his wife that her sister was drowned in the sea. Twelve months later, and while the queen is still mourning, an old woman appears in the palace and reveals the appalling acts of the king. She unfolds a scarf embroidered by the Little sister, whose red threads tell the story and point the way to the hut. The Queen runs to find her sister and together they plan their revenge.

A few words about the performance:

The performance uses different narrative instruments, attempting to create an imaginative and nightmarish microcosm. The – alive – world of actors encounters the mysterious world of sculptures (miniatures). The present theatrical time is intertwined with video art. Natural sound coexists with electronically processed sound. The protagonists of the show are small sculptures representing the heroes of the play. Through live and recorded speech, the actors give them a voice while playing with them. Two screens bring the scenery to life, displaying edited images, static and animated. A third screen reproduces the story at the same time, using close-ups in small sculptures, playing with montage and visual effects.

In his first participation at the Avignon Festival
the Greek director Pantelis Dentakis achieved a strong first appearance!
The Little Girl in the Dark Forest is a gem
that delicately captures the atrocity (…)
The monstrosity overwhelms the stage without a drop of blood being spilled.
And yet it is terrifying!

A multimedia performance that came as a surprise (…)
This extraordinary synthesis of different narrative modes and media
is impossible to describe in words.

This is an excellent work,
both text and direction are excellent,
which proves that literalism is often much less effective
than symbolic expression.

The writer and the director combine the darkness of ancient tragedy
with the charm of the fantastic fairy tale
and the strangeness of the object theatre (…)
(…) an atmosphere of horror that, almost from the beginning, sends shivers down your spine.

The performance is in the greek language.

All the sanitary measures foreseen for theatrical venues are followed at KET.