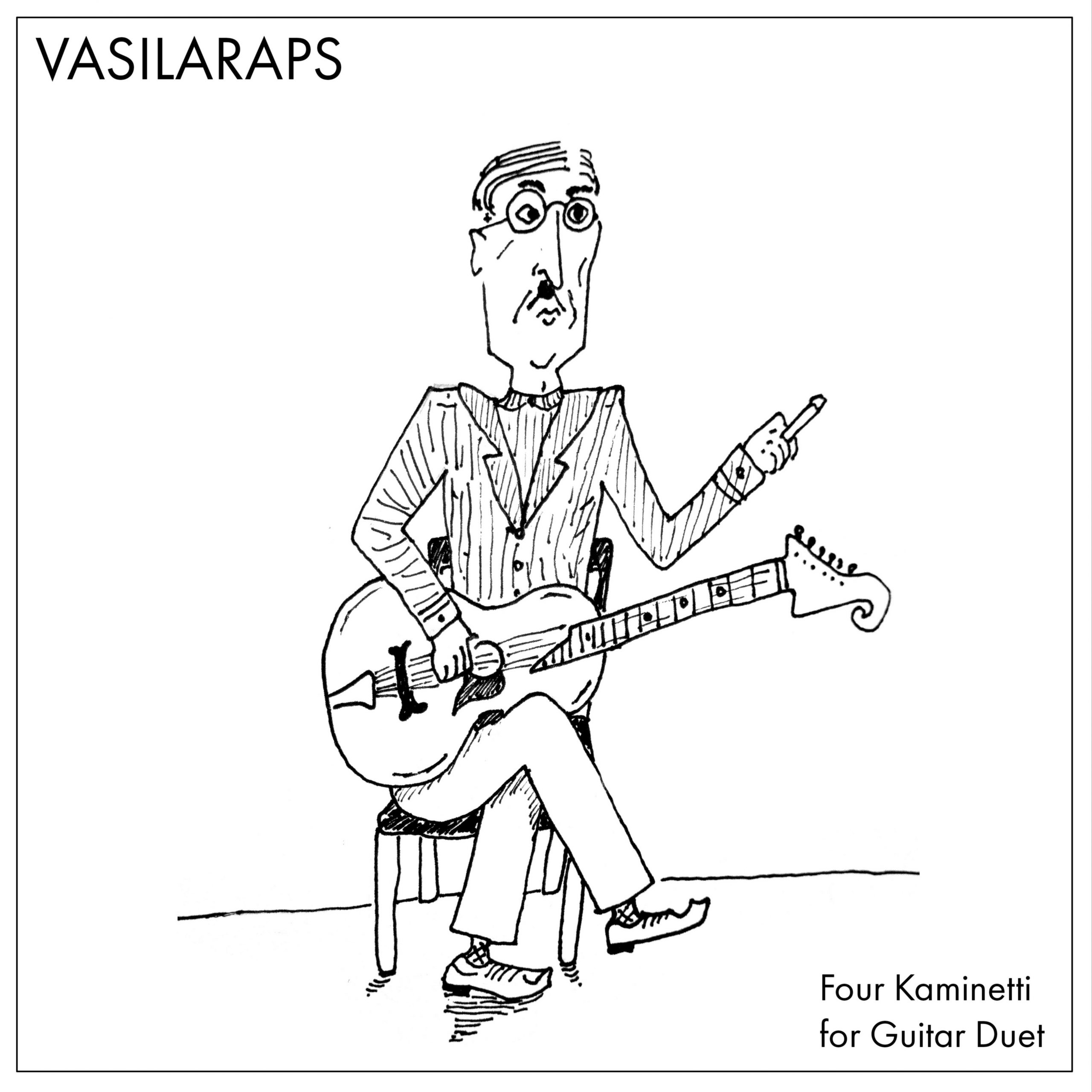 Guitarists Yannis Arapis and Themis Vassiliou present the album Vasilaraps: 4 Minuets for Duo Guitar, in which they rearrange four creations by the Greek composer, of Ethiopian origin, Vasilaraps.

Unknown in Greece, Vasilaraps (1905, Syros – ?) was an innovative composer. He created an unprecedented music combining rebetiko, atonal writing and dodecaphonism.

He was born on May 10th, 1905 in the settlement of Skali in Ano Chora, Syros. He comes from the royal family of the Kingdom of Axum, present-day Ethiopia, to which he owes his name. He settled in Athens in 1920. He begins to frequent the rebetiko haunts of the capital. He evolves into a virtuoso of the rebetiko guitar, without, however, recording his music. In 1935, he decides to go to St. Petersburg; there he studies composition under Shostakovich himself. He changes radically: he learns fluent Russian, joins Moscow’s artistic circles, adopts the Russian way of life… But a few years later, having already composed several works, mainly for guitar ensembles, he falls into a deep depression and disappears. His fate is unknown to this day. After research, Yannis Arapis and Themis Vassiliou discovered original scores and rare recordings, on reel and wax, thanks to the granddaughter of an old friend. They found it necessary to try to perform and record these works.

The work of the composer is divided into two main periods. The first, between 1935 and 1953, is distinguished by a strong Greekness and idioms of urban folk music (rebetiko) masterfully blended with the style of the Russian musical avant-garde of the first decades of the 20th century. The second is marked by a shift towards atonal language and twelve-voice flute without, however, losing the style of rebetiko, which accompanies the musical nature of the artist. It is presumed that the turn towards dodecaphthongism is consistent with the gradual destalinisation of Russia. According to the granddaughter of his old friend, the composer had faced the fear of censorship in previous years.

His entire work is still under investigation: it is being studied and classified by the musicologist Sergei Kapiliev. The works to be presented by Yannis Arapis and Themis Vassiliou at KET are typical examples of his writing: Gries op.25 SK05, Laiki op.32 SK11 (from the early period) and Dree op.79 SK12 (from the late period).